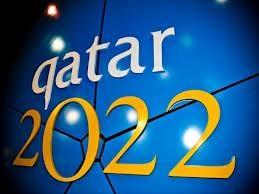 In 1994, the United States hosted a very successful World Cup.  While many may remember the event, most do not recall that it was the first time that an officially sanctioned FIFA World Cup game was played indoors.  The site was the Pontiac Silverdome in Pontiac, Michigan.  It was an artificial turf stadium and originally used by the Detroit Lions in the National Football League (NFL).  The predicament was rather dramatic: the playing surface was too small (by FIFA standards), the stadium was permanently covered, and the field was made of artificial turf.  None of these elements was acceptable to FIFA initially, but one exception finally made it: that of a covered venue with a bubble roof.  Qatar’s World Cup committee may wish to use this as an example.

For those who have a good enough memory, the undertaking of expanding the field at the Silverdome and growing natural grass externally was quite amazing and rather profound, especially considering the fact that this was done two decades ago.  The first solution proposed was to “lift” the stadium surface so as to make the field larger and so that FIFA standards would be met.  After several proposals, the organizers chose to build a platform that would literally rise above the concrete walls that encased the NFL playing field.  Then, a brilliant suggestion surfaced: why not grow the grass externally in “pods” and then move the grass in just prior to the World Cup matches being played.  All of this seemed a little like science fiction at the time, but it all came to fruition without problem or incident.

Over one dozen experiments were conducted inside the research dome between autumn 1992 through winter of 1994. Two grass species, three soil types, five PGR rates, five fertility regimes, and six light levels were tested to devise a comprehensive program for managing turfgrass inside the Pontiac Silverdome. In addition, a prototype of the modular system for containing the portable turf grass field was built and installed inside the research dome in January 1993. The construction of the mini-field provided vital information on the techniques required for the Pontiac Silverdome field.1

At the time, “hexagonal modules” or “pods” were used to grow the grass externally.  In fact, over 1,850 of these steel modules were used and were eventually “placed together to form the field and filled with soil mix.”2  In the first phase, the sod was grown in California during the winter of 1992 and 1993.  It was later shipped to Michigan by refrigerated trucks.3  The sod itself was a mixture of Kentucky bluegrass (85%) and perennial ryegrass (15%).4

Eventually, an historic day was to come.  It was June 19, 1993, when the first major sporting event of its kind was played “indoors on natural grass.”5  That was the U.S. Cup and preceded the World Cup in ’94.  It was a game between Germany and England.  Germany was the defending World Cup champion from 1990 and they defeated England by a score of 2 to 1.6  The German coach, Bernie Vogts, even said, “I’ve never experienced a field in such perfect condition.”7  The turf experiment worked throughout the 1994 World Cup, and FIFA officials, who had flown in from Zurich, Switzerland, proclaimed the undertaking a “tremendous success.”8  By the way, the leading scorer for Germany at the time was Juergen Klinsman, the current U.S. National Team coach.

Not only was the grass surface a big issue in World Cup ’94 in Pontiac, but so was the roof.  And while inclement weather wasn’t necessarily a factor in southeast Michigan in the summer months of 1994, it was the only viable stadium solution for Metro Detroit at that point in time.  Nonetheless, the covered concept was introduced to FIFA, and the World Cup organizing committee went forward with the new idea of playing an official soccer match indoors.

Now given the issues with heat in Qatar, it seems unavoidable that a domed stadium solution of some sort would be implemented in 2022 (providing that the World Cup will take place in the summer months of 2022 and will not be shifted to a January timeframe).  While a number of stadium concepts have already been proposed, some of the renderings do not indicate an approach that is conducive with cost containment.  Although the Qataris may not have a problem with funding (for it is the wealthiest country in the world on a per capita basis), the issue of utilizing money wisely could still be of interest to the Qatar World Cup Committee.  An inflatable “bubble dome” solution that is similar to that of Pontiac Silverdome could certainly make sense in Qatar.  It is affordable, viable and effective.  Furthermore, it has already been specifically approved by FIFA – twenty years ago.

So, why consider an inflatable “bubble dome” roof and not a retractable roof?  For one, cost is a key component (as mentioned above).  Money eventually becomes a factor for all responsible business people and executives, not to mention the project managers and contractors.  The cost factor is proportional to – and related to – ease of construction.  A temporary domed roof is infinitely easier to erect.  Next, retractable roofs can create lighting and visual issues for television viewers and players alike when left partially open.  Onerous shadows could be cast on the field at various times of the day, except for at night (assuming the roof is open during a match).  Then, the ability to maintain a constant and stable temperature is at play, particularly in the summer months.  Granted, technology has improved dramatically in the last twenty years and will continue in this direction for the next several years leading up to 2022 (save an act of God, which is always possible).  Nonetheless, some form of a temporarily domed structure with a natural grass surface may be a possible solution for Qatar’s World Cup organizers.

There are no foolproof and/or perfect solutions when considering issues such as time, cost and FIFA compliance.  However, some ideas may be better than others.  Qatar is a very sophisticated and developed country.  Its infrastructure is truly impressive, its hospitality extraordinary, and its people are well educated.  Given all of the country’s developments, Qatar is certainly considering the best-suited solutions for its challenges in 2022.  Still, sometimes elements slip through the cracks and we forget about World Cup history.  We can learn much from past performance, as well as successes and failures.  In 1994, Southeast Michigan posted a success.  Just consider this.  The headline in the Seattle Times leading up to that World Cup stated the following, “The U.S. will open its 1994 World Cup schedule in the Pontiac Silverdome outside Detroit, the first indoor game in the history of soccer’s premier tournament.”  Although a dated and perhaps antiquated approach, much can still be garnered from the achievement that was championed by Michigan State University and the Pontiac Silverdome.

The author, Antonio J. Soave, is the Chairman & CEO of Capistrano Global Advisory Services (CGA), an international joint venture, strategic alliance and M&A consulting firm headquartered in Overland Park, Kansas.  He travels to the Middle East on a frequent and continuous basis.  He is a former high school All American athlete in the sport of soccer, a former co-owner of the World Youth Soccer Academy at Disney’s Wide World of Sports Complex in Orlando, Florida, and a former co-owner of three minor league professional teams in the USISL soccer league in the United States (currently, the “USL”).  Mr. Soave has a BA in International Studies from The American University (Washington, DC), a Juris Doctor (law degree) from Michigan State University, and a L.L.M. (Master’s of Law) in International Law from the University of San Diego.