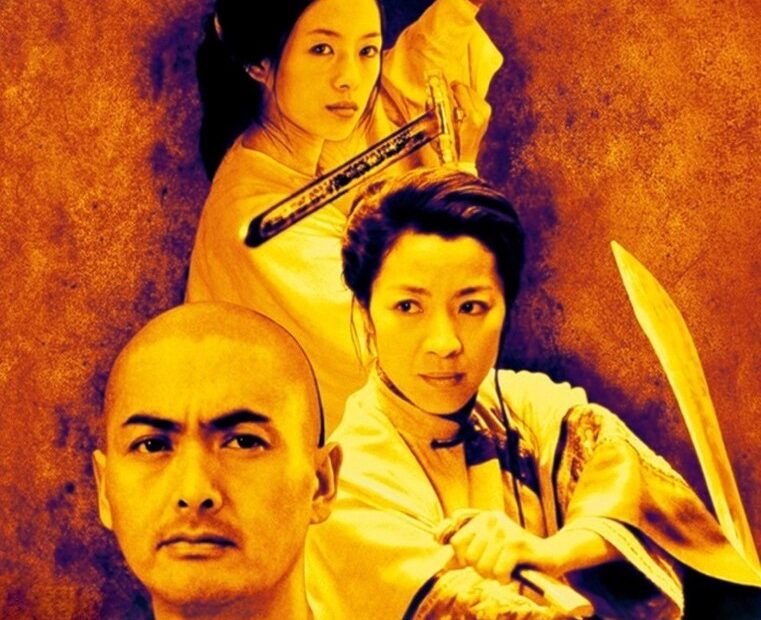 Using Sports Diplomacy, Art and Culture to Bridge the Gap between the U.S. and China

Are Better Relations Possible between East and West in the Midst of COVID?

Like many, I remember the beautiful, action-packed motion picture from 2000/2001 that was directed by Ang Lee, “Crouching Tiger, Hidden Dragon.”  As a person who has studied martial arts throughout the years (and who has recently returned to Tae Kwon Do), I find the martial arts to be challenging, artistic and spirit filled.  Hopefully it is the right “spirit” that we’re talking about here.  In any event, that film seemed to epitomize a lot of what my brothers and I had studied in martial arts in the past—from discipline to character to nobility.  It also encompassed the classic battle and struggle between good and evil.  For those students of Western Civilization, it was perhaps reminiscent of the nascent monotheistic approach to religion in the form of Zoroastrianism.  Likewise, I recall the magnificent and penetrating motion picture soundtrack for “Crouching Tiger” in so many respects; it featured the music of the inimitable Yo Yo Ma.  “Crouching Tiger” became a victory for China, but it was also embraced wholeheartedly in the United States, having won several Academy Awards.

Given the strains in diplomatic relations between the West and East, especially considering COVID, I wonder if we can somehow work on a more collaborative form of dialogue.  Perhaps it is a pipe dream of sorts, but I’d like to think that we could find some common ground to have both sides emerge victorious.

For over 30 years I have used sports as an effective tool for building bridges internationally.  I have also utilized the arts—including film and music—to assist in creating a more positive dialogue between cultures.  Sometimes we need to find a tool, an element and a mechanism that is non-threatening and non-invasive; one that brings out the child in us and promotes good feelings.  I have done this in some of the most pronounced “hotspots” in the world, from the former Yugoslavia to Syria and from Jordan to the Holy Land (and more countries in between as well).  One scenario in particular—the so-called Arab Israeli Conflict—has been front and center on my mind for decades now.  As a result, I did whatever possible by using sports and the arts to forge better relations in that area of the world.  In this regard, I had the benefit and the blessing to work with the Shimon Peres Center for Peace in Jerusalem to accentuate the common bonds between young Israeli Jewish soccer players and young Israeli Palestinian soccer players.  I have seen that it is entirely possible to utilize this approach both on and off the field.

Harkening back to “Crouching Tiger,” what are some common elements that both the U.S. and China could recognize?  Well, there are many: respect, decency, honor, dignity, nobility, a sense of goodness and a sense of justice (just to name a few).  Those elements, arguably, are probably inherent to all peoples and all cultures.  I know that this is the case with various aspects of Chinese culture because I have been fortunate to visit with some wonderful folks in mainland China, in Hong Kong and in Taiwan.  While in all three places I was able to enjoy food, culture, music, sports, history and education.  So, this kind of non-political approach is entirely possible because the elements exist.

It’s equally important to extract politics from the equation.  In our current case, it might be good to place the COVID blame on a side table just for a moment.  That does not mean that we should be naïve and/or not assign responsibility where responsibility is due.  What it means is that we must begin to rebuild a concrete dialogue devoid of the divisive aspects of life that separate us.  And it certainly does not mean that COVID is not significant, menacing or challenging; we all know that’s not the case because COVID is a primary and fundamental issue for all cultures worldwide.  But as I learned from years of working, researching and writing about the Arab Israeli Conflict and the Palestinian Question, we can be endlessly mired in conflict-driven discussion and finger pointing and we may never emerge from that.  In fact, I remember an excellent point that I heard from the late Shimon Peres (paraphrased):

We will never get to a constructive place if we remain fixed in history, fixed in our historical positions.  Because we can always point to elements that justify our positions.  So—to a degree—we have to forget history.

This is a very bold statement, and it may seem offensive to many people.  But the gist of it is highly relevant.  We cannot make progress by simply pointing the finger.  And as I have learned in my marriage, my wife is always right (even if I was right).  Just kidding, to a degree.  However, I say this with love and with a bit of levity attached.  Why?  Because both levity and laughter also need to be present in order to diffuse an already explosive situation.  If two people or two countries are already on the verge of a nuclear disaster (literally or figuratively), then yelling, punching, hitting, screaming and blaming will do no good.  We all know this to be the case because we have all “been there” in our lives.

Likewise, what if we were to diffuse the situation with China, even if momentarily, and focus on subjects and topics that might tend to unite us.  Now, as some in the European soccer world have told me before, soccer is not exactly a “unifying sport” when two rival teams or two rival countries are at issue.  That’s true.  However, we are talking about using sports, art, film and culture in a way that is non-confrontational here.  What does that mean exactly, though?  I mean this: More cross-border cooperative films comparable to “Crouching Tiger.”  More cross-cultural educational programs.  More cross-border soccer camps and clinics—for kids (not adult hooligans).  More cross-border musical pursuits (think again of Yo Yo Ma, Andrea Boccelli, Luciano Pavarotti, Placido Domingo); the list goes on forever.

By the way and just to hone in on the point, Rotten Tomatoes describes “Crouching Tiger” in this way:

Indeed: Beautiful scenery and tasteful drama can tend to attract so many of us.  Now, is my approach idealistic?  Yes, for certain.  But what I am saying is this: We can build more friendships and bonds by taking a Jackie Chan lighthearted approach than we can by treating the sore with vinegar.

If, just for a moment, we can begin to rebuild instead of destroying, we may find that we can promote a more peaceful dialogue—even in the world of international political relations and foreign policy.  But we need to get to common ground first.

Blessed is the Peacemaker.